That actually IS my room.

Are you the one that has been hiding in my bushes? :Q

Ugh all that potential space wasted, this is why i emulate. except for a sega saturn, i have to do all this shit just to play a game, and to this day i have lived my life without ever touching a sega saturn…it’s sad.

but im just kidding (the first part that is) ;(

would be nicer though if the guy arranged them by company or something, or he/she did but i dont see it.

Awesome…been looking for ideas on how to display my collection…

I’ve actually got more but you get the point. That setup above is amazing.

Pit-Fighter AND Shaq-Fu. You’re really going all out on that collection.

I’m going to be chastised for this I just know it, but am I the only one around here (go ahead, memeify it) who doesn’t really like older games?

There are some old games I LOVE. Yoshi’s Island, Link to the Past…I’m not going to sit here and name all 50 of my favorite classics, but they’re there. It’s just for me, I feel like having all those old school consoles would be a waste. I only like about 10-15 games per one, and a lot of my current gen consoles (not to mention my PC cough emulators cough) can play these old games.

Maybe this is the result of me being a minimalist.

Does your fancy pc have blast processing? I think not :I

Seriously, I get where you’re coming from but my collection isn’t really about playing the games. I haven’t really played any old school games in years thanks to my current backlog… Truthfully, some of them are just for show (Shaq Fu is at least better than Chaos in the Windy City…lol). It’s also cool when my boys play with the same NES I used when I was their age. 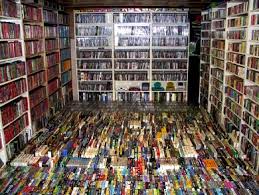 I have Pit-Fighter, but no Shaq Fu, sadly. But I would totally get it if I saw it somewhere.

I actually prefer older generation games to current generation games. I find them more of a challenge. I played them for fun, not because I was trying to convince myself or anyone else that they are high art or something like that. I know exactly what they are (basically time wasters) and I have a good time wasting time with them.

To me, there is something about playing a game that is hand-drawn in 8-bit or 16-bit sprites, or bulky, low-level polygon renderings that have that sort of magic feel. It reminds me that I’m playing a game and I’m drawn into the universe of the game, but they don’t try to pretend that they’re anything but a game. Today’s games, far too many of them try to portray themselves as being more “realistic.” Less so in gameplay, more so in visuals. But I play games to escape reality, to go to worlds I can’t go to today.

The culture of gaming is far removed now from what it was even 10 years ago. Back then you had full fledged console games in all different genres that were aimed at completely different audiences. You could find dozens of platformers and dozens of action games, with dozens of puzzle games and shooter games (actual shooter games, not FPS). These days you basically have FPS or 3rd Person shooter everything, and a couple random offshoot games in-between.

The market is so different today and companies are unwilling to take a risk at trying anything different. And when something new does come along, it’s almost always “I’ve never seen that before” as opposed to “I’ve never played that way before.”

I like switching over to a primarily digital game collection. I have pretty minimalist taste when it comes to interior design and all those consoles and game boxes would aggravate me to no end.

I can make an exception for bookshelves though. One can never have too much reading material.

[quote=“Teh_Sarge”]I like switching over to a primarily digital game collection. I have pretty minimalist taste when it comes to interior design and all those consoles and game boxes would aggravate me to no end.

I can make an exception for bookshelves though. One can never have too much reading material.[/quote]

I’m accustomed to digital now, and I really don’t want to bother with discs and cartridges. That’s the way the wind is blowing!

I still have a Powerglove and Superscope, somewhere…

I have neither the Powerglove or Superscope. I don’t even have a Virtual Boy.

I owned one. It was terrible.

I like having both a physical and a digital copy of my games. That way I can choose to play them either way.

If it matters, I did eventually get Shaq Fu.